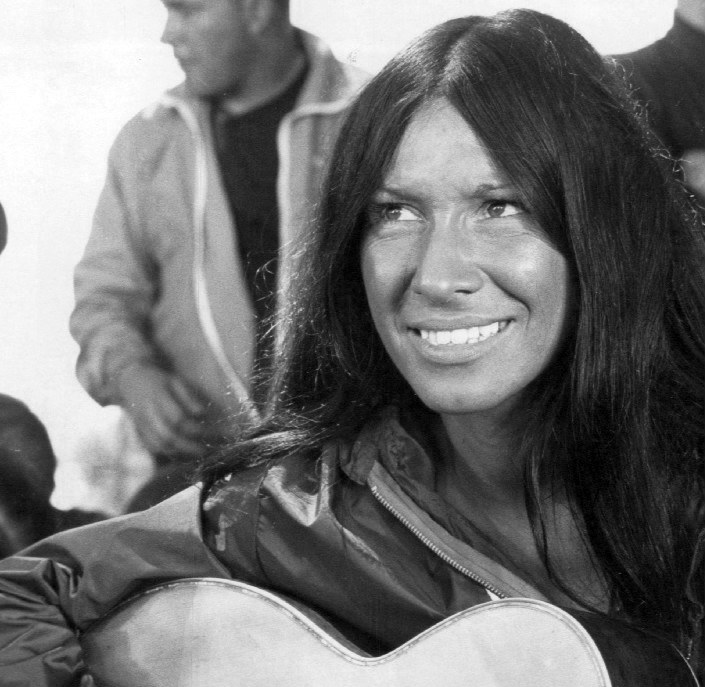 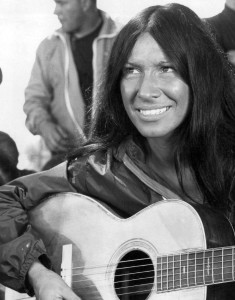 Buffy St. Marie is an inspiration and she’s the best artist I’d love to know and almost saw live.

The more I learn about her, her music, writing, activism & bravery the more I am in awe of her!

Her voice is unmistakable and  bold,  vibrating a true sound that carries words. Born on Feb. 20th, 1941 on a Piapot Cree Reservation in Saskatchewan, Canada, was orphaned and later adopted living in Maine & Massachusetts. Her rich life has been dedicated to creation whether it be art, music activism or service learning across America and Canada for Native people. She founded the Cradleboard Teaching Project, an educational curriculum devoted to better understanding Native Americans which has since graduated 2 college presidents and many more educators and creative people.

She has released 18 albums and has won an Oscar and an Academy Award for songwriting. She wrote “Universal Soldier”(not Donovan) and “Love lift Us Up Where We Belong”, Co which she performs waaaaaay better than Joe Cocker and Jennifer Warnes(see below). Buffy took an excerpt from Leonard Cohen’s Beautiful Losers and created a transcendent masterpiece (here)  on her 1969 album Illuminations which she used a Buchla MIDI keyboard. She is an artist who challenges, changes, and maintains with truth and beauty.

“Love lift Us Up Where We Belong”

Always interested in new technology, Ms. St Marie has been using Apple computers to record, mix and master her music since 1981. Buffy St. Marie is in her 70s and currently doing a tour with Morrissey. She was a regular on Sesame Street throughout the 70s.  She was given creative freedom to represent herself and other indigenous people. She sang her songs, breastfed her son, and went on location to her home in Hawaii just to list a few of her episodes–most of which can be found on the interweb. 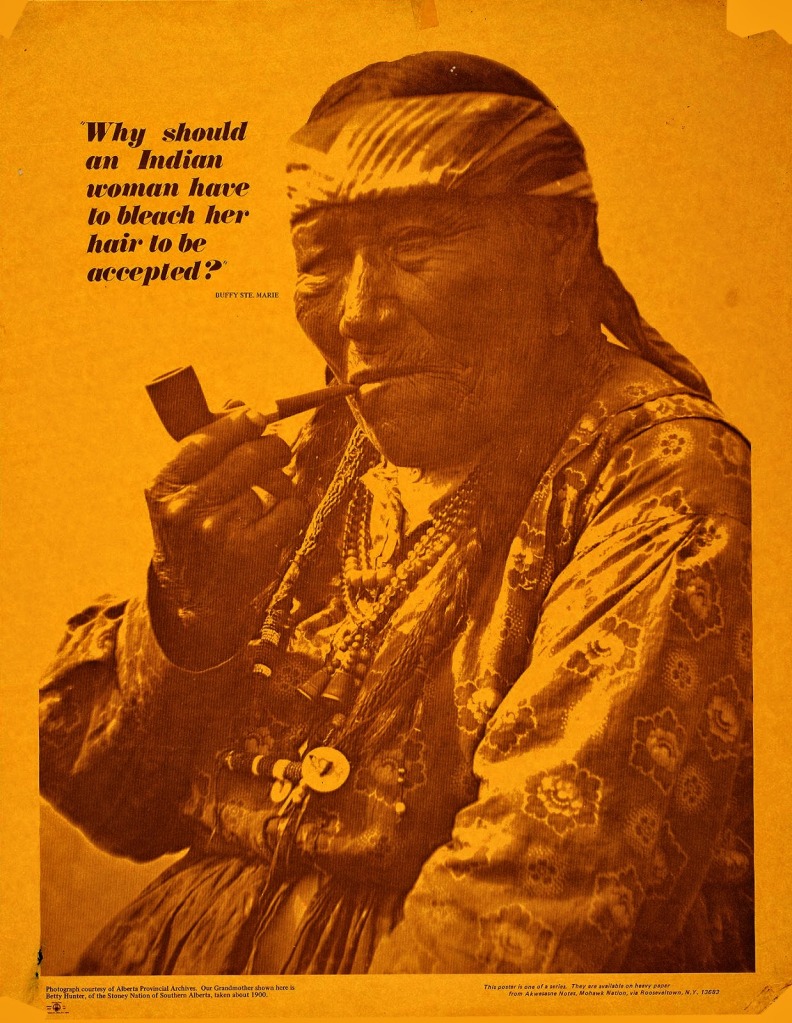 He’s a catholic, a Hindu, an Atheist, a Jane
A Buddhist and a Baptist and Jew
And he knows he shouldn’t kill and he knows he always will
You’ll for me my friend and me for you

He’s the universal soldier and he really is to blame
But his orders come from far away no more
They come from him and you and me and brothers can’t you see
This is not the way we put an end to war?